Home » A Guide to Man Cave Psychology and Design

A Guide to Man Cave Psychology and Design

Mike Brady once said, “Wherever you go, there you are”. That’s easy for him to say, the man had a den. And as an architect, he also had the privilege of designing his own home. How many men these days have that much control over the design of their living space? Many men walk through their homes and wherever they go there she is.

Who chose the bedroom colours, the towels, the kitchen splashback tiles, the cushions on the lounge, and the dining set? For men who don’t get to make these choices, a man cave isn’t just a hobby room, it’s a place where the male can be who he is inside his own home.

Why do men need man caves?

Studies into the man cave phenomenon indicate that these spaces are important to a man’s mental well-being. A 2010 study by the University of Southern California of couples in their 30s and 40s confirmed that men enjoyed lower cortisol levels when they were able to spend solo leisure time in their own homes.

Cortisol is a steroid hormone that is released by the human body in response to stress and low blood sugar levels. In essence, the study confirmed that men’s stress levels decreased when they had their own space to retreat to.

Psychology professor and author Sam Gosling explain that individuals having their own space to enjoy is important for human mental health. Personal space is where an individual can express who they are with no restrictions or external influence and can be used to recharge from a busy lifestyle. While women are inclined to spend their ‘alone’ time with friends, most men need a space for themselves, according to Gosling. For men, a man cave is a space that serves as an alternative to hanging out with friends.

Why are man caves so popular today?

Maybe it’s a yearning for a time when life was simpler, but the growing popularity of man caves isn’t just explained by longer working hours. An article in Psychology Today suggests that the stress of being ‘the ideal man’ for their partners drives today’s men to desire a space where they can revert to being themselves again.

Pressure from society and, occasionally, wives, to act a certain way and commit to certain roles can lead to men feeling unsatisfied as they are denied true personal freedom. A man cave is a place where these pressures can be relieved, where expectations don’t exist and a man is free to be his lazy, messy self (if that’s who we wants to be!)

A man’s desire or yearning for a man cave doesn’t necessarily mean there’s a problem in the relationship. However, men who desire their own personal space and have nowhere to retreat often end up building barriers in their relationship by withdrawing, getting defensive, and at times abandoning the relationship altogether.

Relationships expert Mary Jo Ropini says that building a man cave can make a marriage even stronger by creating some distance in the relationship. As they say, absence makes the heart grow fonder. Having his own space where he can be himself is likely to make men less passive-aggressive and bear less resentment for his partner.

As long as the man is allowed to design and decorate the space, and other family members are welcome inside it, a man cave is an important area for both men and other people in a home.

So now you know that a man cave can lead to lower stress levels, a happier marriage, and more confidence in yourself and who you are – how do you achieve this space?!

A garage conversion is the most popular, and often simplest, way to integrate a man cave into your living space. Although the thought of clearing out your garage may initially seem daunting, just think of the enjoyment you’ll get out of that reclaimed space and it’ll be worth the effort.

Reimagining your garage as a space that you can call your own is just the beginning to lowering those stress levels and reconnecting with the things that are most important to you. Let’s look at how you can begin to repurpose that garage space into one you can call your very own. 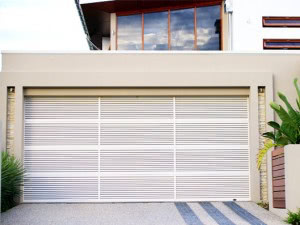 You’ll likely be spending a lot of time in this space, so it’s worth considering whether you want insulation, ventilation, and flooring installed in the room. Louvre garage doors or sectional garage doors with windows can give a high level of airflow combined with natural light to any man cave.

Insulating your garage requires sealing in the air cavities between the garage and walls connecting to the home. If the garage walls are already covered with drywall, you will have to remove this so as to access the framing within the walls. If not, you’re ready to begin insulating immediately. An insulated garage door can create a comfortable living environment by completing the insulation envelope of your home.

Fibreglass insulation is the best choice for garages, and you can buy these in rolls and cut them down to fit the size required, attaching them to the edge of the framing with a stapler. This type of insulation tends to come with a papery side and a fuzzy side. When installing in walls that are shared with your home, you should install the insulation so that the fuzzy side is facing you while the papery side touches the interior part of the wall. When installing in freestanding walls that are facing outdoors, install the insulation so that the papery side is facing you and the fuzzy side facing the wall.

A well planned and designed man cave is likely to add to the resale value of your home, however that only applies if your remodelling complies with council regulations. Always check with your local council before starting any major works to ensure that you are not breaking any rules.

To truly make this space your own, you need to begin with a blank canvas. There should be no pre-existing objects, structures, furniture, or decorations in a man cave. Start from scratch to ensure that all the elements within your man cave are the product of your own decisions, tastes, and choices.

So, start by clearing out your garage. It’s a tough job, but be brutally honest when wading through the objects in there. Most things that have relocated from the house to the garage are likely to be on their way out already. Clear, sell, or repurpose all those items that your family no longer needs and wants.

Once you’ve cleared the space, have a walk through it to get a realistic idea of what you could do with it and how it could be laid out.

You probably have a thousand ideas swarming in your mind right now about what to put in your man cave. If you don’t take the time to sit and consider these carefully, you’re going to just end up with another garage – a cluttered space full of objects thrown around the place.

A good idea is to write a list of everything you want in your man cave. Consider this list carefully, then halve it. You can always add more items and decorations to your man cave, but you won’t be able to backtrack easily once you’ve overfilled it.

Some man cave favourites are a bar fridge, TV, gaming system, lounge, and exercise equipment. But not all men are the same; the idea is to create a space where you’re comfortable being you, so ensure you put in items that reflect your interests.

Now that you have some idea of what you want to put in there, take some measurements of your garage and draw the space to scale on a piece of grid paper. If you have a computer design program, even better. Use this floor plan to organise how to best lay out your man cave, taking into consideration circulation spaces and the fact that you don’t want to overcrowd your garage.

Consider whether any alterations will need to be made to the design or structure of your garage. This could be anything from building a bar, a bookshelf, or simply dividing the garage into two smaller spaces.

Make a list of the materials that may be needed to make these alterations, or alternatively get some quotes from tradespeople if you don’t feel like a DIY project. If you decide to take on the construction yourself, make an estimate of construction materials that may be required, such as insulation, gyprock, flooring, and paint. Allow another 10-15% in your budget to cover unexpected costs. Finally, make a list of the tools you’ll need to make these changes. If you don’t have a toolbox handy, it may be worth borrowing or hiring the tools rather than buying them new.

And here’s the fun part – how often have men had a say in how their home should be decorated? Let’s be honest, it rarely happens, so embrace this rare moment in which you get to decide how you want a room to look and feel.

Start by considering what colours you’d like your man cave to be decorated in, and go from there. It’s important to remember that certain colours give off certain moods, and you should keep that in mind when decorating. It may be a fun idea to paint the walls black, but you may find yourself feeling drained and losing energy whenever you’re hanging in there. Colours like yellow or red, on the other hand, tend to incite feelings of energy and activeness in humans. Think of how you want to feel when you’re in your man cave, and choose colours to reflect that. Pick a dominant colour, and then choose a scheme of colours to complement that colour.

From there, you can go on to pick items such as furnishings and fittings like curtains and carpets or rugs. A popular idea amongst man caves is to have a central theme or object from which the rest of the cave’s design stems. If there’s anything you’re incredibly passionate about, such as cars, guitars, or beer, it could be a good idea to centre your design around that. This way you can ensure that the design of your man cave is harmonious and not too contrasting or messy.

Your partner probably has a set idea on what makes you an ideal man, your mates might have a different one, and your ideal self might yet be something else again. To get the full benefit of a man cave you need to design it just the way you want it. Mike Brady had a space that was distinctly his own, yet one that other family members could visit.

You might want a space to entertain your mates, or one where you can escape from the world. What you put in the space should reflect how you want to use the space. Your choices of those elements will define your man cave style. Whether you choose bar seating, cinema seating, or a comfy lounge all says something about what you’re looking for in your man cave. Have minimal seating if you’d like to keep others out; make seating plentiful if you’d like to share your space with others.